While most people agree that black lives matter (why shouldn't they?), many also feel that the "PC Police" has gone too far with demands to ban movies like "Gone with the Wind", removing statues of historical figures, or renaming words like "blacklist".

Here are my two cents... 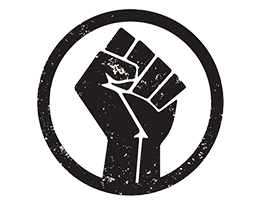 I firmly believe that racism is, always was, and always will be, both evil and unbelievably stupid, but I also think that we should learn from history instead of rewriting it and pretending it didn't happen.

That's why I think that HBO's decision to add a disclaimer before showing "Gone with the Wind" is a good compromise - although I personally think that it's an over-hyped movie and couldn't care less if it was never shown again. But I digress...

A similar solution could be applied to Churchill's and other historical statues that some see as racists. Most of these figures were "normal" for their time and place in history and some, like Churchill, saved the world from much worse. That's why they should be moved into museums, where they can be preserved, protected, and presented with the entire context.

This may sound like the least important thing on the list, but words do have power, and poisonous words can have damaging effects when heard enough times. If you need proof, watch this 1971 interview of Muhammad Ali, where he describes winning the Olympic medal during segregation and how words like that offended him since childhood.

Let's face it - the world is racist. But most racism is due to fear of "others," and the easiest way to detect "others" is using colors.

The point is not to associate color (or sexual preference, gender, religion, or ethnicity for that matter) with good, bad, or anything other than "person". Some will be great, some will be assholes, and most will be something in between  —  just like the rest of us.

That's why I've decided that, in the upcoming weeks, we're going to change our git repository's "master" branch to "main", use "source/replica" database architecture instead of "master/slave", and use "allow" and "ban" lists instead of whitelist and blacklist.

I know it's a baby step, and that it won't change much in the short-term. But as more and more children grow up in a world where color isn't associated with good and bad - the more chance they'll have to "not see color".


Updated on 20 June 2020. For the latest version and comments, please see:
https://aroussi.com/post/fighting-racism-starts-with-a-baby-step

Stay up to date.

Research suggests that FOMO is real and can attack at any time. Sign up to receive updates from me. I only send good stuff, I rarely spam, and you can unsubscribe at any time :)

Algo Trading in the Cloud
What if there was a way for traders to focus only on the trading logic – without worrying about stuff like broker connectivity, data…
The Future of QTPyLib
I released the first version of QTPyLib, my Python library for algo traders, in 2016. If you had told me then that I would still be working…
Fast Data Store for Pandas Time-Series Data using PyStore
As algorithmic traders, we need a lot of data to test and optimize our strategy ideas. Over time, the amount of data adds up and the search…
Backtesting Trading Strategies with (pure) Python: Webinar…
On wednsday, I gave the second out of a four-part webinar series on Treading With Python for futures.io's members. Here's the webinar's…